Yesterday saw Aimee and I up at 5:30 am to be ready to catch a train to Sheffield to go and watch Princesses on Ice!

OMG was it sooo worth it, we are going to go again next year!

The set was beautiful, the skating was spectacular, the special effects were amazing and the costumes were brilliant! and our seating couldn't of been better! We were sat about 5 feet away from the rink, we were able to see all the facial expressions and not miss one little thing!

Aimee and I enjoyed the whole show, Aimee never took eyes off the rink for the whole show, we laughed, felt a little sad (ya know Disney stories have to have a little bit of a tear fest in there somewhere) we oohed and gasped!!! I can't say how much we enjoyed it!

My only complaint was that I wasn't allow to take photos because my camera was classed as a professional camera, well I went off on one, I told the steward that most of the little cameras you see probably cost more than mine, and that everyone was taking videos of the show on their phones and how could my photos do more harm than that??? I tell ya I was fuming as I thought about bringing my little camera but thought the less I have to mind the better, I also was carrying Aimee's princess dress!!!!! I snuck in a few photos at the end of the show as I didn't want to be chucked out and for Aimee to miss the show, I thought well what would it matter at the end of the show!!! And anyways if I could get a good enough photo to do the show justice anyways, all the lights, movement, etc. Well enough of ranting ... because of all this I only have a few shots! I did take a lot of video on my phone, but I need to work how to get it off the camera first!

This feature is taken outside Sheffield train station, so weird, when you stand near it and look up if feels like the water is going to fall on top of you! 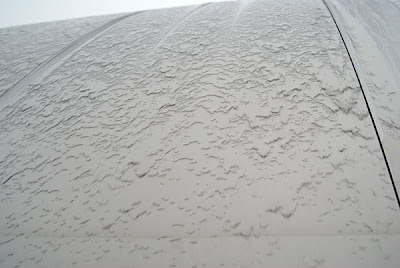 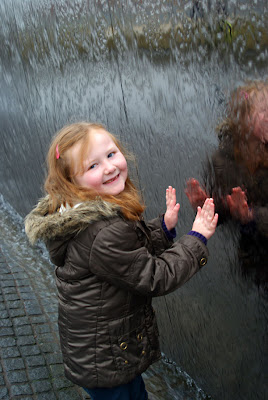 Because of the low light I couldn't get a good photo of this amazing waterfall effect, which kept changing to fit in with whatever Princess story was being told! 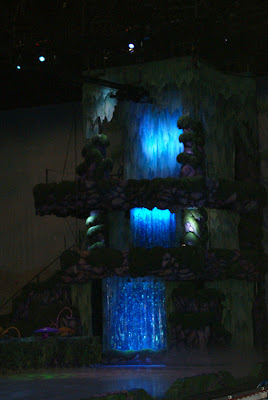 I would love to say this is how I wanted the photo to turn out, but it was a complete fluke! 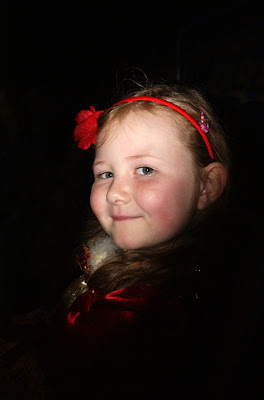 Again you can't see it very well but Aimee is standing just outside the rink! 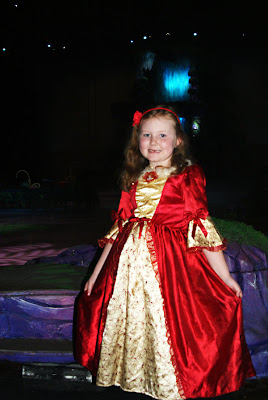 This is one of the sneaky shots that I took, my heroine Tinkerbell! The lady that they got to play her was fantastic! To me she was everything Tink should be! Flighty, pouty, temperamental! 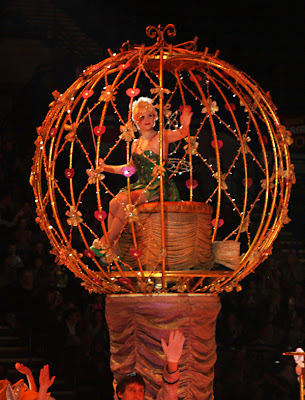 Minnie mouse got in the way! 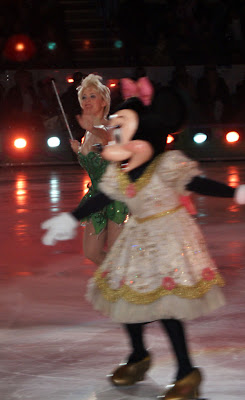 On our way home! I bought Aimee a Princess Hat, a programme and a bag of candy floss which this crown came with! I love this little girl!!!! 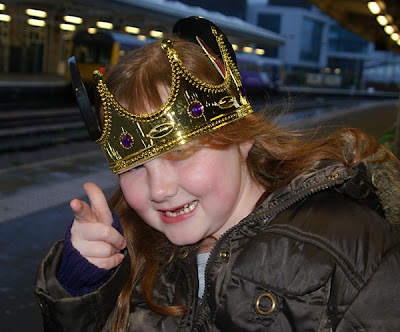 I adore this shot, just a pity the background wasn't more pretty! Oh the rose came with the programme! 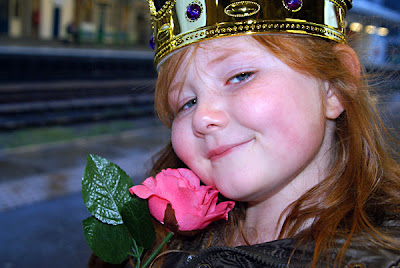 Thanks for looking!!
xxxx
Posted by Helena at 7:06:00 pm 4 comments: Links to this post
Email ThisBlogThis!Share to TwitterShare to FacebookShare to Pinterest
Labels: Princesses on Ice
Newer Posts Older Posts Home
Subscribe to: Posts (Atom)