Aimee has wanted a party at Playtowers for ages, so I decided this year she could! Aimee had a fantastic time, I didn't think much of it, but in the end if Aimee had a good time, then it was worth it, all I can say .... It's over with, yeah!!!!!

Some photos of Aimee before we went to the party, and before she got her usual red cheeks, it runs in the family as most of her cousins get really red cheeks after running around! 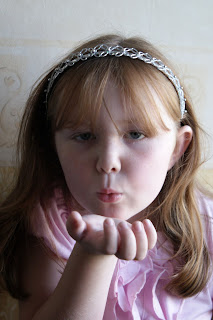 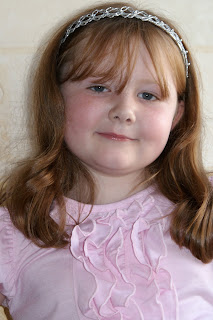 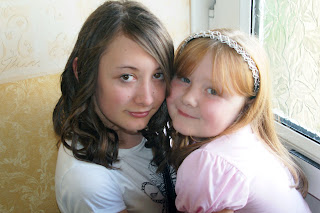 This is Aimee's best friend Milly, Aimee was so worried that Milly wouldn't come, she kept asking is Milly here yet, and when Milly did turn up the two of them ran to each other and had a big hug, how sweet is that!!! I don't meet the girls parents due to Aimee getting the school bus, so I haven't been able to ask for permission for the girls faces to be shown on my blog, Aimee and her cousin Georgia are the only two that aren't blanked out in the following photos! 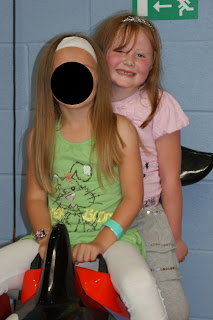 As you can't see Milly's face I decided to leave it like this! 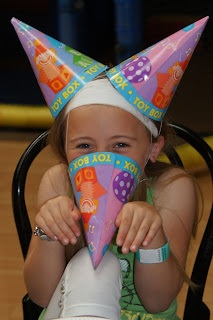 Aimee having lots of fun! 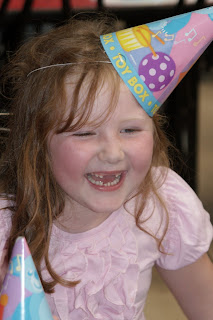 Don't know who she is smiling at, but I love this photo! 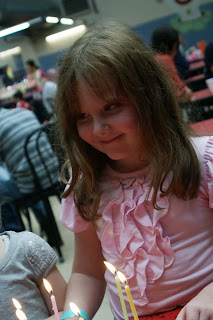 This is the cake that she picked, she was in two minds between Hannah Montana and Tinkerbell, I would of chose Hannah! 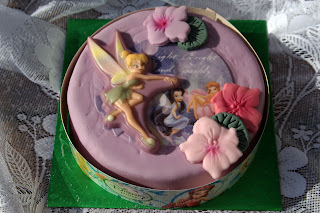 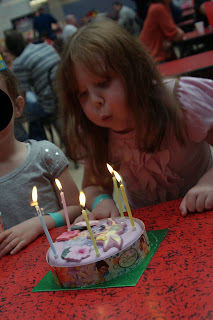 And finally some group shots, I decided to ask the girls to pose anyway they wanted and I got some really good photos! 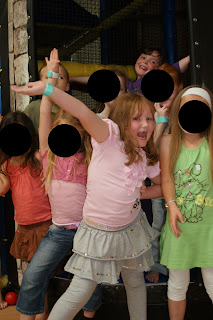 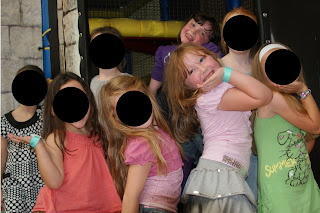