Posted by Helena at 9:41:00 pm No comments:
Email ThisBlogThis!Share to TwitterShare to FacebookShare to Pinterest
Labels: blogs

Hop on over to here blog here!
xxxx

We are back from camping, we stayed for 5 days and had a blast!

We booked into a campsite for Thursday 21st, on Tuesday evening the campsite rang to tell us that they had been flooded out!! Oh no, we were so disappointed I tried over 50 campsites (honestly not joking, don't want to see the phone bill) and all the same all full up, we wanted electric hook-up, if we were prepared to have no hook up we could of got loads of pitches! We were due to go on the Extended Schools Trip on Wednesday, Steve decided to stay at home and try and get us a pitch! We had decided to take a non-hook up if he couldn't find anywhere by the time the girls and I got back from the trip.

We had just got back and we decided that we would just pack up and go in the morning and try one or two places and then take whatever we could get. As luck would have it one of the campsites that I had rung the night before rang back to say that they had a cancellation!!! YIPEEEE!!!!!

We got there on Thursday at around 10:00 am, and no word of lie this site was down a lane that had the most potholes I have ever seen!!! We were all bouncing around in the car!!!!

We pitched our tent got everything in and decided to go to Pickering for a look around. As it was pushing on for about 3:00 and we were starving we said we would go to the local shop and get some food stuffs to make sandwiches later on and have some fish and chips now. We got the food and started to walk to the fish and chip shop, when the heavens opened and biggest drops of rain fell, I found a sheltered spot for the girls so they were ok, but I was soaked through and through right down to my knickers, we had coats but they were only the light ones good enough for light showers but not for torrential, Steve went ahead to the shop, but found it wasn't opened until 4:30pm, we couldn't keep standing like we were, so we headed back to the car! We drove to the shop and Steve had to get the food as I couldn't move, you know that feeling of wet jeans! YUCK!!!!!

We got the food and it disappeared within minutes, all full we decided to go back to the camp, we just got settled back in the tent when it rained again! Steve had to take Skye out for a walk, got soaked and decided to pop her in the car, as she was too wet and too muddy to come back into the tent! She wouldn't settle, eventually we put her bed on the back seat and she settled down. In the morning we decided to book her into the kennels for the full time as the campsite was soo muddy and she was messing up the car with paw prints! She was originally only go to stay for 2 days while we done activities that she couldn't do!

Here are some pics of the first day! 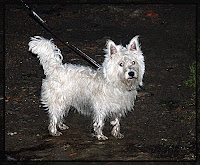 Based on your drawing and the 10 answers you gave this is a summary of your personality:
You are sensitive and indecisive at times. You are a freedom lover and a strong person. You love your house and family. You are a gifted artist as well. Once you have a problem, you need a friend with you. Your life is always full of changes. You are very tidy person. There's nothing wrong with that because you're pretty popular among friends. son.

When it comes to love, you shut yourself off. It's difficult to win your heart because you have decided to keep your feelings deep inside. You see the world as it is, not as you believe it should be.

You added a flower into your drawing. The flower signifies that you long for love. We also see that you are sensuous, sexual, and privately passionate. You don't think much about yourself.

Spent a little more time on this one!!! LOL